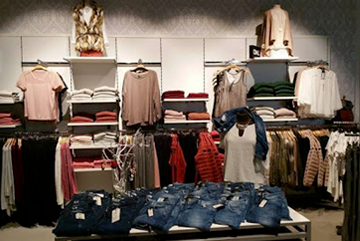 Layla Bürk is born and bred from Karlsruhe. The 30-year-old was born and raised here, she works as a physical education teacher at a primary school. But although she is German and has always lived here, racism is no stranger to her. That is why Layla made it her task a few years ago as a keynote speaker and psychological consultant to raise her voice against exclusion and for diversity.

As a child, she never felt any different

Layla’s roots are in Ghana and the USA: Her mother came to Germany as a refugee and met Layla’s father, an American, in Karlsruhe. Six weeks after her birth, Layla was adopted by a family in Karlsruhe. “Even though I grew up as a black person in a white environment, as a child I never had the feeling of being ostracized or different. I only became really aware of the racism problem in our society when I started to work. „

For Layla Bürk, the step into professional life was associated with the worst experiences she had had in her young life. “Back then I was working in a rehab studio and I always felt that I was not welcome there.” She was bullied because of the color of her skin, a patient even attacked her physically, throwing a towel in her face.

I had negative experiences with my first job

There have been such negative experiences in other jobs too. “Nobody helped me back then. And when I quit after two months, it was clear to me that I couldn’t just accept that. I knew: either I will suffer all my life now because I have to work. Or I will raise my voice and make the issue of racism an issue. „

That was three years ago, since then Layla has been campaigning for diversity. In 2020 she started her podcast Still the dream , in which she gives a voice to people who are different from the majority or who feel differently. Layla Bürk also speaks about racism in companies, institutions and schools.

In her lectures, Layla consciously addresses everyone. „We have to understand that racism is a structural problem that we can only solve together in society,“ she says. Almost all non-Germans in this country experience exclusion. Then there are people who are discriminated against because of their sexual orientation, religion or other factors – you have to do something about that, says Layla. Her big goal: “I would like to spare everyone the experiences that I had to make. I would like to protect everyone from racism and discrimination. „